Hello anxiety that is making angry, scared and unsociable. Where are you coming from? I know I’ve accidentally missed some important meds and some sleep. I’ve worked quite hard volunteering, and it’s been Christmas, the most anxiety ridden time of the year. But clearly I’m a bad person who can’t manage myself. 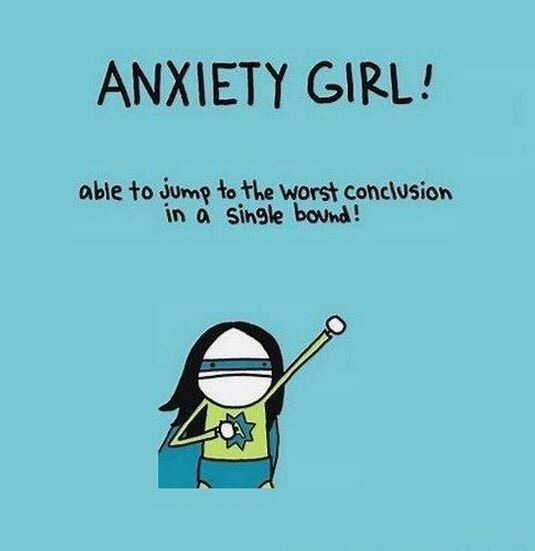 I’ve got constant butterflies and I’m trying to do all the things to tell the negative thoughts to go away. But the voice gets stronger and I hear people talking about me and criticising as though they are in the room. I ignore it and carry on but it just gets louder.

Yesterday I didn’t have any sleep because I missed my meds the night before. The meds are the only way I sleep and without them it’s a nightmare of pain and bad thoughts and being fidgety. This combined with a migraine knocked me for six. I tried to take control of it but when the migraine kicked in I crumbled. I ploughed on and went to the cinema with my friends. I fed the migraine with darkness, drugs and caffeine. Eventually the pain subsided and only the tension remained. I felt exhausted and emotional and anything slightly negative made me catastrophise. I couldn’t talk to anyone and was convinced I just pissed everyone off. The wall went up and I teetered with a meltdown. 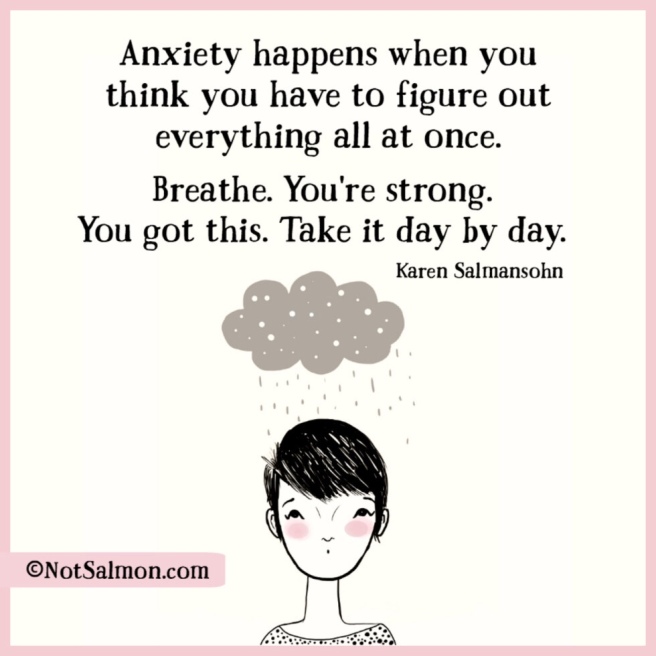 So I pulled my socks up and went to the pharmacy to get some emergency meds. I did my research and the Nhs website said to try your doctor (they were shut), then your pharmacy, then a walk in centre. I walked to the pharmacy in pain from swollen joints to be met with a pharmacist shaking her head. Instantly she dismissed me and told me she couldn’t help. I pleaded with her that I’d read the Nhs website and this is what it told me to do. She suddenly changed her story and said she could do it if I rang 111 for an emergency script. ‘Are you sure?’ I replied, the Nhs advice didn’t say this at all. But facing another day of suicidal thoughts and crippling anxiety was too much so I complied. ‘If they don’t get you one I’ll do it’ she said ‘but you have to try first’. 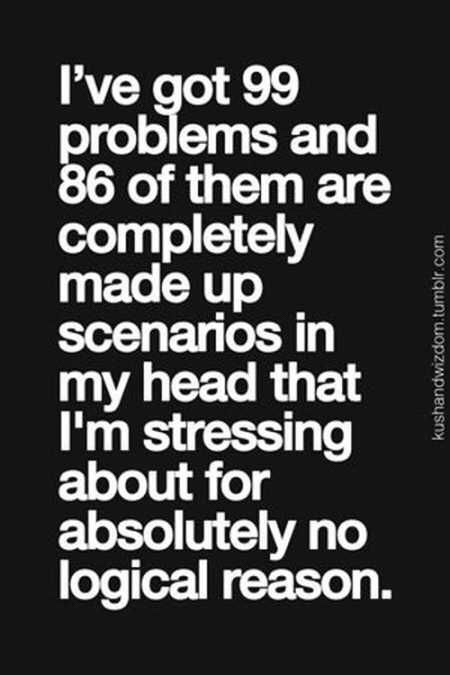 Half an hour later I was still sat in Boots. My migraine was returning and I was sat on hold to 111. The bright strip lighting flickered and pounded. I started to feel ridiculously hot and sweat soaked my clothes. My pain meds we’re wearing off. My knees, fingers, ankles, hips and back were screaming. I know I was beginning to fall over fast.

So we begged the pharmacy for somewhere quiet to sit. A super nice pharmacy assistant found us a small room and we sat with the lights off and a fan on. They asked if I wanted to go to hospital. No way Jose was I going just for meds, and a migraine, joint pain and anxiety. I agreed I would if I started vomiting , shaking or fitting.’ I explained that the best thing would be the just get home to bed. The pharmacist then changed her tact and said she’d only accept the 111 prescription and I’d need to go elsewhere if I didn’t get it in time. The inconsistency was a nightmare for my anxiety and I’d been there before to get them so was on their system. I had a bundle of paperwork to prove I was on them but it was a case of ‘computer says no.’ It was as though she was making it as difficult as possible and I was just annoying them. 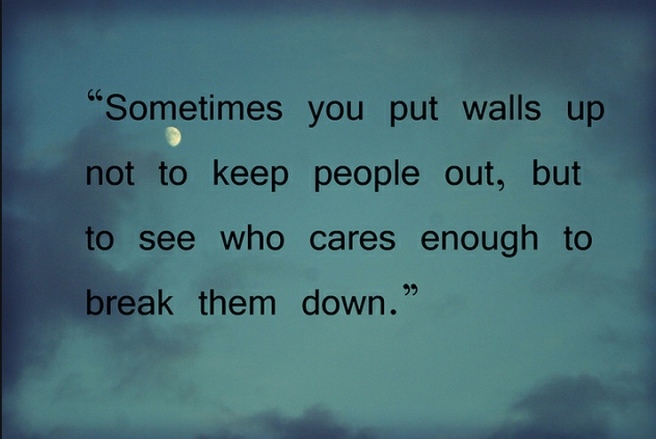 The assistant, however, was wonderful and we chatted about mental health and chronic illnesses. I began to calm down and eventually spoke to 111 who said they’d get a doctor on it. We then went round in circles for the next 2.5 hours. 111 kept asking if I wanted to go to hospital as my symptoms were alarming. I didn’t want to go, the best place for me was home if only someone would give me the meds I’d manage what I’d manage everyday. I felt like a dick that caused a drama as eventually they tried to get rid of me from the pharmacy and ask me to start the whole thing again with another pharmacy. I felt like a burden and just wanted my bed.

After 3 hours, countless phone calls and giving my details over and over the prescription still hadn’t arrived. The doctor I spoke to was convinced I lived in Norwich. Erm no I said I live in Canterbury and had done for 17 years. I think I went to Norwich once about 12 years ago, it was dark and wet and I didn’t even see the town. So he continued to ask if I was visiting Canterbury. No I explained again, I live here, just like I’d told the two advisers I spoke to. He writes the prescription. Turn forward an hour and the script hasn’t arrived and so I ring them back. Im now in a flap that the store shuts in 15 minutes and I’ve sat here for no reason doing everything everyone is telling me to. I’m trying really hard to sit and be patient despite it making my pain worse. Speaking to the East Kent (not Norfolk) team again I will us to be near the end of the whole sham. Then I was told my surgery was Aldington . Nope I said I’ve given you my details 3 times it’s Chartham, perhaps Aldington is in Norfolk, I suggested!? 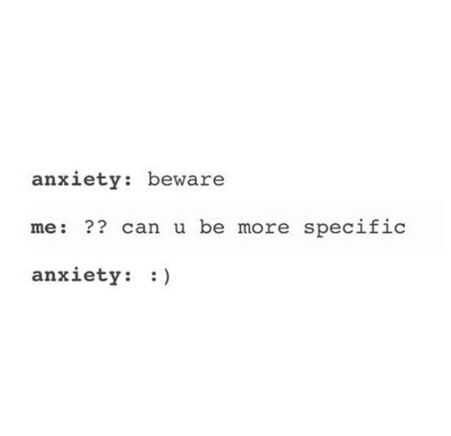 Anyway 10 minutes before closing the fax arrived and I was given 6 tablets in a bag by a rude and unsympathetic pharmacist. Lack of pain control and anxiety through the roof I’m a mess, I’ve convinced myself she hates me, all the staff have been talking about me and I never should have said I went to the cinema to hide from the light. I’m not sure who was judging me more, them or myself?

By this point every look, word and action becomes overwhelming. I’d tried to plan a nice New Years Eve with a cocktail menu and funny description bit that means everyone who was coming was included. My friend had rejected it by saying she’d only drink her own cocktail on the list. I knew her reasons were ok, she wanted to stick with one drink to not get too hungover etc. But in this mindset it’s rejection. The menu, lovingly made by me for everyone, went straight in the bin as soon as I got in. I felt as though I’d tried to make a nice gesture then been told I was controlling or had bad taste/ ideas. I was ready to give up and go to sleep and sulk. 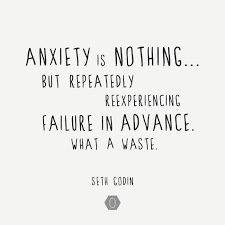 Somehow in that moment I managed to pull myself out of it. I put on my dress and lipstick and found some inner strength to have a good night. I rebuffed the negativity and overwhelming thoughts and for the most of it laughed and had a genuinely good time. It didn’t mean I wasn’t squashing the ‘they all hate you’ voice constantly, but as dramatic as it sounds I survived another New Years! I’m proud of myself despite being exhausted because I won a battle.

This morning I’ve woken up with the butterflies. It’s the alcohol I drank acting as a depressant, I tell myself. It’s because you’re ill and tired. I start to work a little on a project I volunteered on. I poured everything I had into it but I feel like a failure. Every time I try to make something happen on it there’s obstacles, politics and I do the wrong thing. Now I’m utterly terrified of the meeting tomorrow and that I’ll be belittled. I can hear the conversations that are going on behind my back and I feel sick with butterflies. But it’s just another day that I’ll get through somehow.

I am anxiety girl and I think I’ve realised at the moment I’m not at my most well. So bear with me, I’m fighting it and it will be ok but I may be a little fragile. 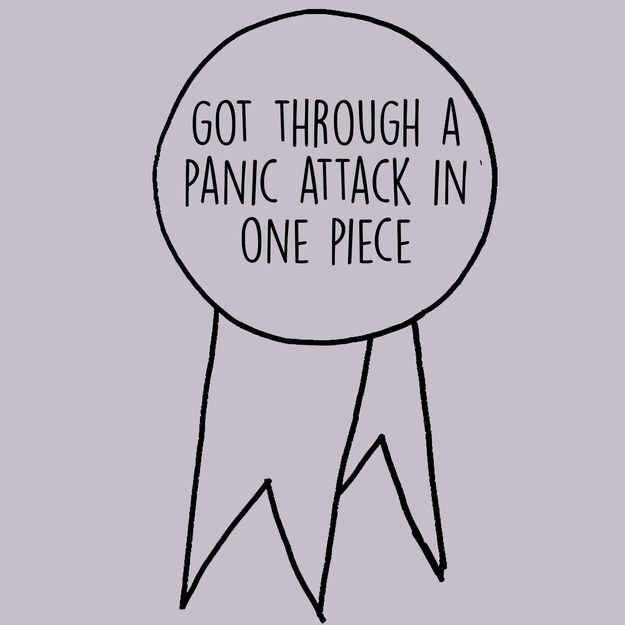 As an after thought. Just like the meme says above I have 99 problems and 86 are in my head. If I’m working with you at the moment, or have been around you it’s more likely my sensitivity and brain than anything that’s real. Chronic worrier here gets all sorts muddled. I’m also excellent at hiding it all, even from myself.